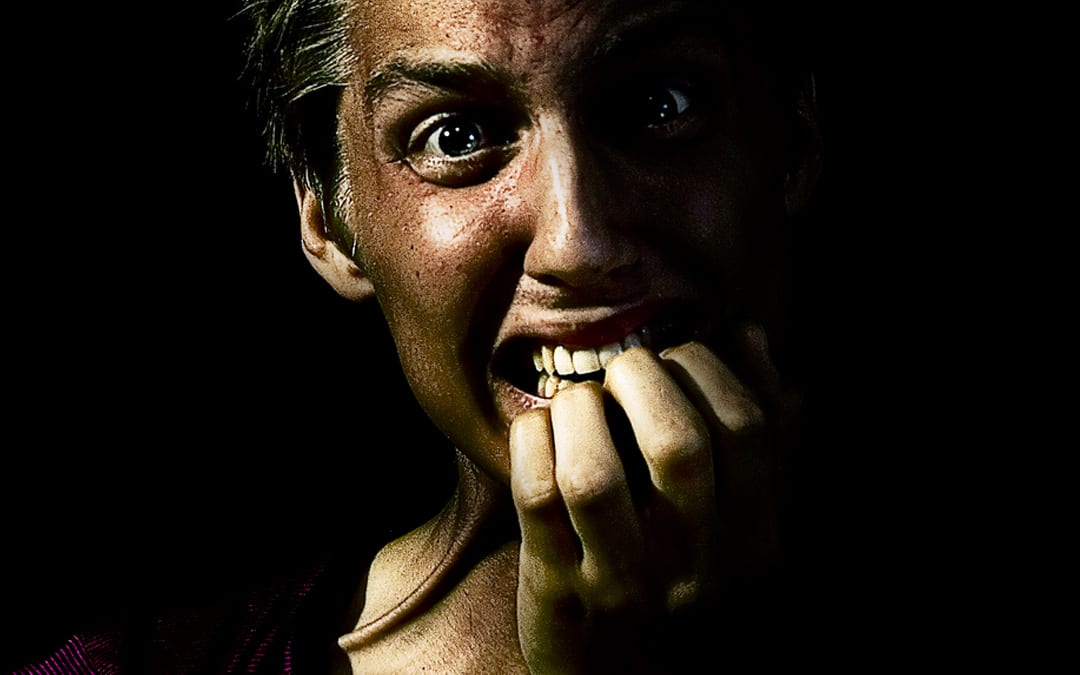 Lately, there has been a rapid popularization of the “alpha male” – “beta male” dichotomy.

On the other hand, a “beta male” is an insecure man who’s unhappy with his life and tends to take out his insecurities and fears on other people.

Basically we all want to be alpha males, because they’re happier and they get the most respect, women, money, etc.

Honestly, I think this entire “dichotomy” is far too simplified. Just like anything else (e.g. introverts and extroverts) there is no full-on alpha male or beta male – rather we all exist somewhere along this spectrum.

Of course, some of us are clearly further along this spectrum than others, but we all have good days and our bad days… We all have our fears and insecurities… And we all have certain areas where we’re super successful and super confident.

In this article I’ll cover the top 5 most repulsive beta traits I can think of. When you do these things, you bleed insecurity and you ooze weakness… So do your best to cut them out of your life.

The funny thing about bragging is that is has the opposite effect of what you intended.

When you talk about how cool your job is, how well-traveled your are, or  how much you know about  X,Y, or Z – you come off as extremely insecure.

Rather than attentively listening to your every word, picturing how “cool” everything you’re saying is, and then thinking how “interesting” of a person you are, people are simply going to tune you out and label to a “try-hard”.

In perhaps the most well known self-improvement book How to Win Friends and Influence People, Dale Carnegie lists the following six things when explaining how to most efficiently make people like you:

You see – it’s ironic but the best way to make other people like you and think of you as an “interesting” person is to become interested in them. After you’ve shown interest and listened – don’t worry – without fail the other person will return the favor and take the time to listen – and actually care – about who you are and what you do.

So stop bragging bro… Unless you’re trying to show off how socially clueless you are.

Complaining is like a cancer. The more you do it, the more likely you are to continue doing it.

All complaining really is, is rejecting reality and wishing things were different… And when you reject reality, you put yourself in a really bad position to move forward and overcome whatever the thing is that you’re bitching about.

You’re far better off to tell yourself that “whatever happened was meant to happen”, adjusting your course, and taking action (click here to see my article on adopting this belief).

But aside from sabotaging your own success and happiness, complaining will turn people off – or worse, make them reciprocate and start complaining about your own life… And now you’ve built a great conversation that will make both of you feel miserable and out of control of your own lives.

Have you every heard of the story “the boy who cried wolf”?

You probably have, but if not it’s a story of a shepherd boy who repeatedly calls for help – telling his neighbors that a wolf is attacking his sheep. But there’s never a wolf… Until one day there is a wolf, yet when the boy calls for help his neighbors ignore him because they think he’s full of shit. And so they don’t come to help, and the wolf eats the sheep… and the boy.

No one’s going to respect you if you apologize for trying to meet your own needs. It shows that you don’t even respect yourself. It will make other men look upon you – and it will quickly turn women off, too.

Sure, if you actually inflict serious damage – be it physical or emotional – onto someone else, then by all means apologize… Better yet actually take action and do something to help them out.

Just don’t be the boy who cries wolf… Don’t be a bitch who says sorry 10-20 times a day… This only communicates your weakness to other people – and to yourself.

When you say something or do something that isn’t immediately accepted or praised by other people what do you do?

Maybe it’s a meeting at your work and you believe your company should do X instead of Y. Maybe you’re with your friends and you want to go to bar X instead of bar Y.

Do you explain yourself? Or maybe you apologize for making such a stupid-fucking suggestion…

Both of these options are equally weak. They basically communicate that the fact that you have an opinion isn’t important or worthwhile and that you have to defend it. The same impulse that causes guys to apologies is to blame for this “beta” behavior.

If you’re suggestion, opinion, or statement is met with silence or doubtful looks, you’re better off staying silent and waiting for someone to actually work up the courage to voice their disagreement with you. For all you know, people actually agree with you and you’re just overthinking the situation (click here to see my article on avoiding overthinking things).

Every single one of us fucks up and makes mistakes almost every single day. You can’t avoid this.

So stop making excuses and trying to do so. It doesn’t work. All it does is prevent you from learning from the mistake…

Not to mention that it makes other people view you as weak. Think about it, if you can’t man up and take responsibility for a decision you made or an action you took, then how can anyone respect you?

Why would anyone look to you for help or guidance if you’re just going to be a pussy and blame them if things go bad. Taking responsibility for your failures will empower you, and actually might be the quickest way for people to start viewing you as a leader who’s comfortable shouldering the consequences of his own actions.