How to Improve Posture: 3 Exercises to Build Big Shoulders and a Bigger Back 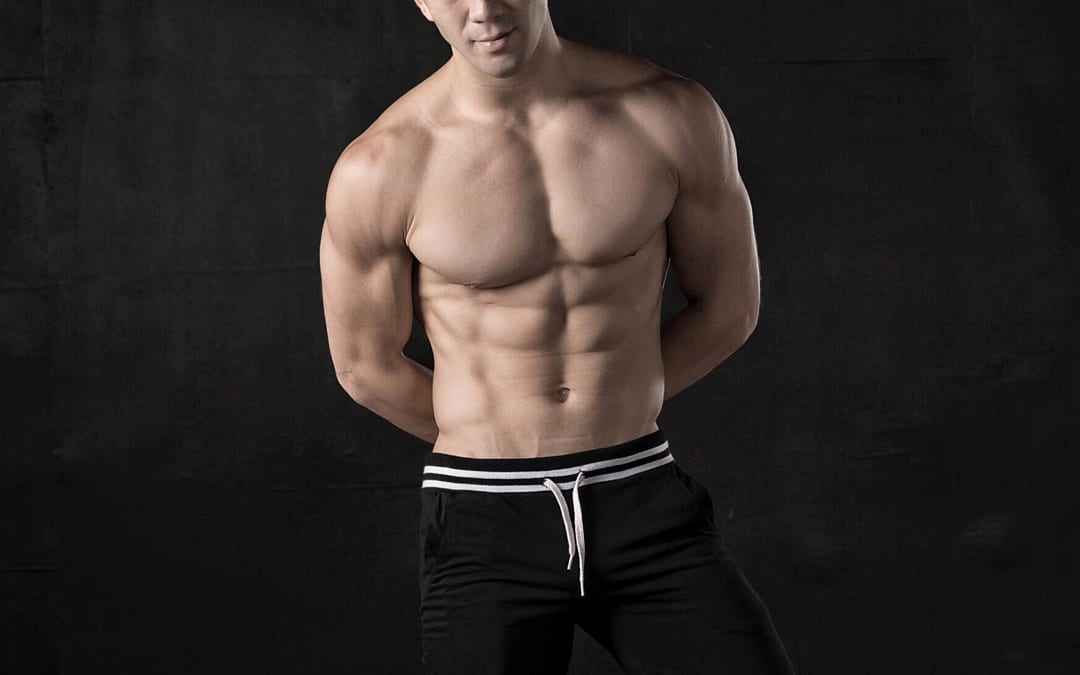 One of the main benefits of lifting weights is that it changes how people perceive you.

Women are more attracted to the man who stands up tall and proud – with broad shoulders. They see it as a sign of his strength and masculinity. And men will similarly show greater respect for such a man.

So what’s the determining factor – in regards to your physique – that has the biggest effect on these perceptions? Simple: the width of your shoulders and the thickness of your upper back…

Bonus: Download my Free Bulking Routine and get a proven step-by-step routine to quickly pack on mass and build dominant posture.

Yet guys continue to focus the majority of their weightlifting efforts on working their chests and arms.

It’s not that these two popular areas should be avoided – having a full chest and defined arms is important – but they shouldn’t be given any special treatment. In fact, giving them special treatment will often lead to poor posture because overdevelopment of the pecs usually causes that awful forward rounding of the shoulders that makes you look like a frail hunchback.

Without further ado, here are my three top exercises to build broader shoulders and a thicker back. I suggest doing them as part of a balanced full-body routine. 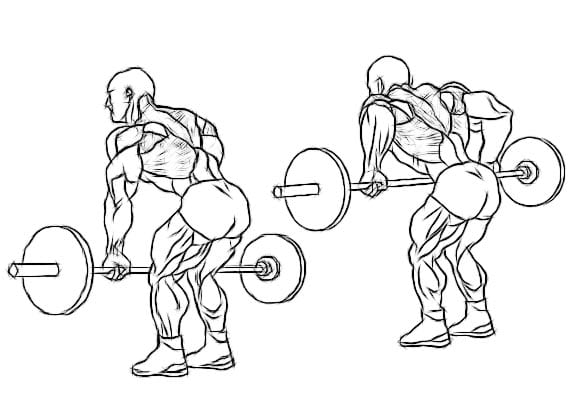 Bent over rows are the single most effective back building exercise

The two main benefits of the bent over barbell row is that builds your lats and upper back – and that it improves your posture.

You see – when you’re upper back is strengthened it causes you to stand up straighter and hold your shoulder blades further back. This does two important things:

And, in regards to its muscle building potential, let’s just say that I firmly believe it’s the most effective back exercise in existence. Aside from the deadlift, which doesn’t focus exclusively on the back, the bent over row allows you to most the maximum weight possible using your back. And this leads to optimal muscular development.

Click here to see a video of me demonstrating the bent over row. 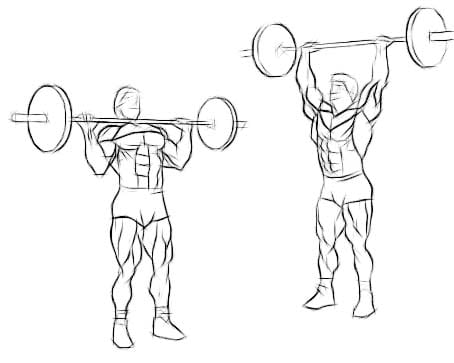 The overhead press builds the delts, triceps, and upper chest

The barbell overhead press might be my favorite exercise. I love doing this shit.

For the same reason that the bent over row is the best back builder – you can lift the most weight compared to other back exercises – the overhead is the single most effective muscle building movement you can do for your deltoids.

And for that very reason, it makes my short list of exercises for dominant posture. When you build your shoulders up using this exercise, they will broaden and thicken. And you will look like that much more of a confident badass because of it.

Click here to see a video of me demonstrating the bent over row.

Alternating delt raises widen your shoulders and improve your posture

The third movement I will offer you is not a compound movement like the first two – you won’t use a lot of weight with this one. But it’s still an amazing exercise for building thick shoulders and a beastly upper back.

The alternating shoulder raise is essentially a combination of the lateral delt raise and the bent-over rear delt raise.

The lateral raise portion of the movement will build the side of your shoulders, giving them a broader profile from the front. The bent over portion of the movement will strengthen your upper back, allowing you to hold your shoulders further back by default – and thus improve your posture for the same two reasons as we covered above for the bent over row.

This essentially makes it the perfect compliment for the two above exercises. They will do the brunt of the work, building the large shoulder and back muscles, and this little guy will apply the finishing touches… leaving you with a beastly, dominant physique that exudes confidence and masculinity.

Note: I don’t have a video of myself doing this one, but following the above picture demonstration should be a breeze.