Best Way to Build Muscle Fast? Make Sure You Do THIS 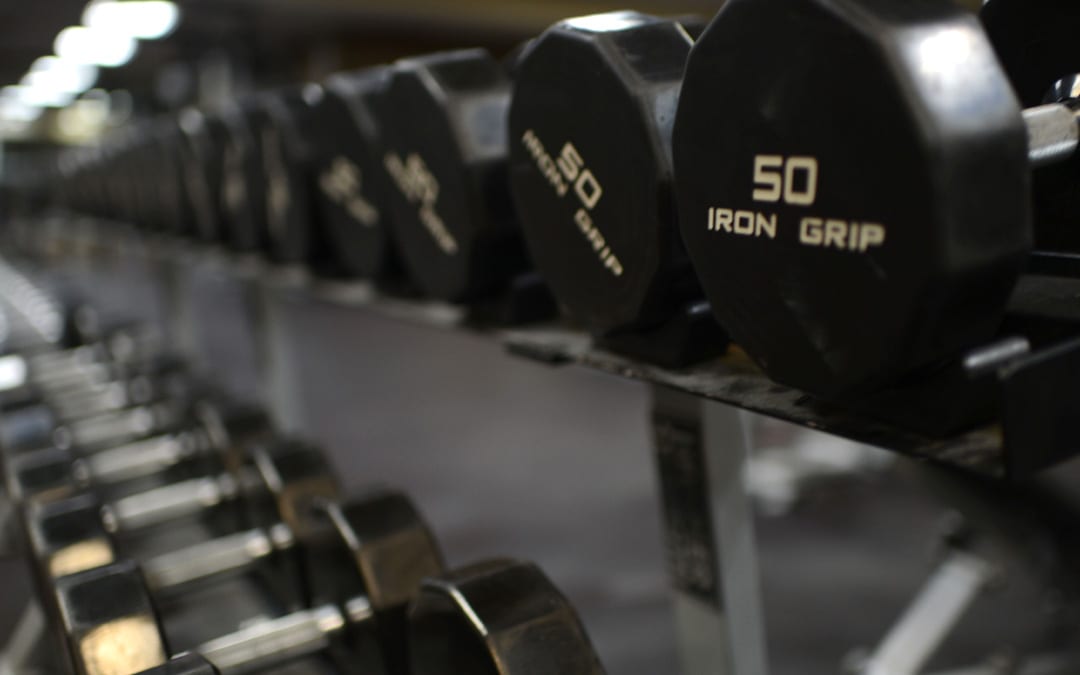 It had been 6 months… 6 months since I’d last seen my brother.

He’d been living in Spain for the last 6 months.

As I pulled up into Terminal E (the international terminal) at Logan Airport in Boston, I began to scan through the scores of people waiting for their rides. After getting about halfway down the line, I spotted him…

No more than 3 months before he left, I’d gotten my brother on a very simple lifting regimen – just 3 quick minute workouts per week. He wasn’t scrawny, per se – but asking him “Do you even lift, bro?” would definitely have been a fair question.

In the past, he’d never been able to stick with a routine for more than a few weeks before getting off track. But this time he did. He found a gym in Madrid and stayed with it… For a total of 9 months of consistent lifting. I could barely recognize him as a result.

You Have to Be CONSISTENT

The only thing my brother really did right was stay consistent.

He was doing the most “barebones” routine I could possibly think of. It was literally just 3 sets of dumbbell goblet squats, push ups, pull ups, and dumbbell shoulder presses… 3 times a week.

But he stayed consistent and did it for 9 months straight. And it completely transformed his physique: His shoulders were broader. His chest was bigger. His back was thicker. He had a far more dominant presence. And, best of all, you could actually tell that he lifted… Bro.

Unfortunately, since then he’s fallen off, lost his consistency, and lost much of his muscle mass as a result. But the fact that 9 months of consistent effort made as big of an impact as it did says a lot about the human body, and how simply being consistent is enough to see drastic changes.

And I’ve seen these exact same results with hundreds of my personal training clients. When they put the money down and start to train with me, they see a BIG difference. And sure, I put them on a better routine than they were previously following, but the main reason they see results is because they actually show up and train three or four times a week.

They train consistently… and their bodies grow and improve as a result.

There’s No Perfect Diet (or Routine) 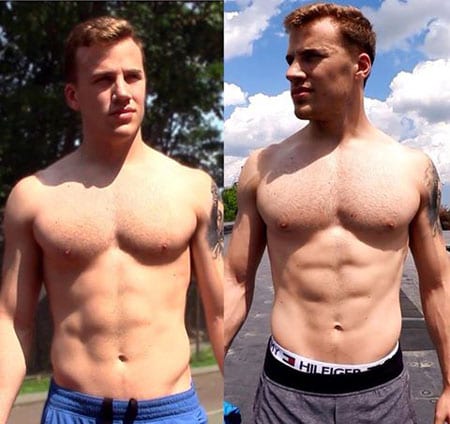 1 year of recent progress… I’m not much bigger, but a lot leaner and stronger

Far too many people get caught up trying to pick out the “perfect” lifting routine. Hell, I definitely made this mistake when I first got into weightlifting and bodybuilding.

I jumped from routine to routine (often getting frustrated in between and not actually training) and my body barely changed as a result.

Sure, some routines may be slightly better than others (depending on your experience, strength, job, free time, etc.) but at the end of the day the only “perfect” routine is the one that you’ll actually do… consistently.

It doesn’t matter how “good” – or bad, for that matter – a particular routine is. If you don’t do it – again, consistently and for a long period of time – it’s not going to do shit for you. But when you stick with it for 6 months, 9 months, or a year… it will change you. You will build muscle, cut fat, and achieve your goals.

And the same thing goes for diet. If you want to lose weight – find a diet that you can stick to. Preferably one that actually causes you to lose weight… and not feel like shit while you do it (and vice versa if you want to gain weight and “get big”).

All You Need to Do is Train “Hard”… CONSISTENTLY

Muscle growth is primarily a result of pushing yourself to get stronger… and eating enough food to gain weight (and give your body the extra energy it needs to synthesize new tissue).

Fat loss is primarily a result of eating less calories than your body burns… and lifting to make your body burns fat instead of muscle (to make up for this caloric deficit).

But both of these processes TAKE TIME.

One day, one week, or even one month of pushing yourself to get stronger won’t build more than a negligible amount of muscle mass.

And one day, one week, or even one month of eating less won’t burn more than a negligible amount of body fat.

YOU MUST BE CONSISTENT.

[Check out my article: A strange technique to supercharge your motivation & stay consistent]

Only when you’re able to stay consistent for a long period of time will you start to see results.

You don’t have to make training your life, but you do have to make it a priority. And this goes for anything in life: Your business won’t grow, same as your muscles, until you put in consistent work. Your dating skills won’t improve, either.

Do the work. Do it with passion and with purpose. And do it consistently.