Should I Bulk or Cut? 5 Things You Need to Know 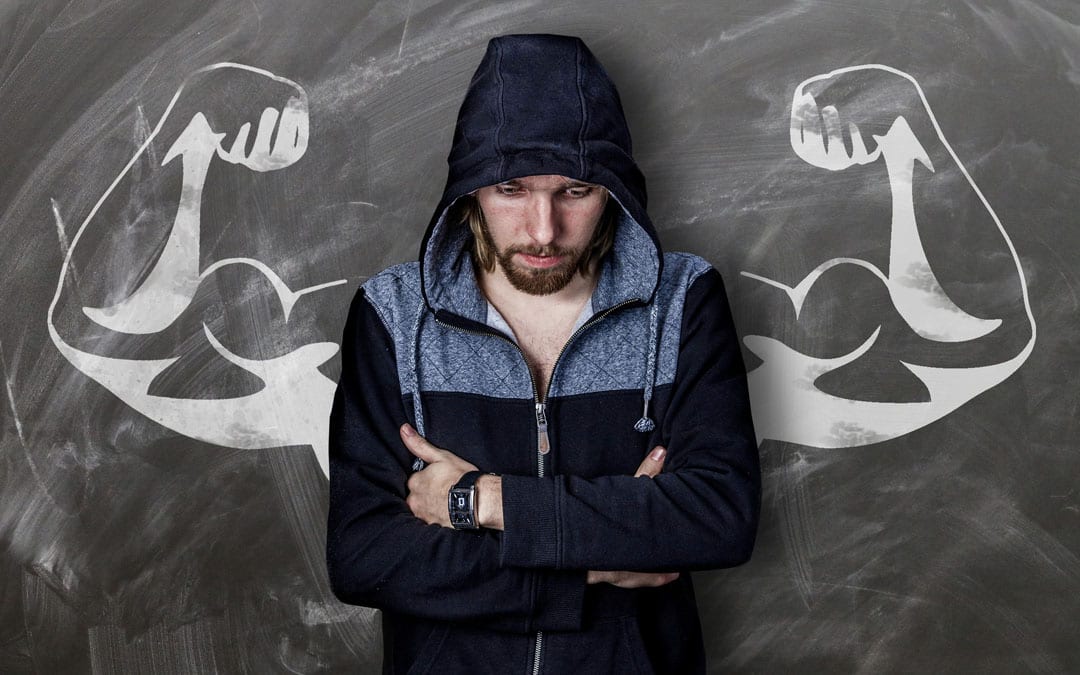 Should I bulk or cut? This is the age-old bodybuilding conundrum.

You realize that it’s more efficient to focus on one goal, but you just can’t seem to make the decision and get started down either path.

The first thing to realize is that there’s usually not one ‘right’ choice. Both options will lead to improvements in your physique. The two exceptions to this rule are if you’re significantly overweight or noticeably scrawny. If you fall into the former category, you should cut. And if you fall into the latter, you should bulk. It would simply be unhealthy to do otherwise.

With that being said, here are five things you should take into account when making your decision.

This is a big one. The process of muscle hypertrophy simply takes longer than the process of burning fat. Experts agree that, at best, you can only build 2-3 pounds of muscle per month. On the other hand, most people can reliably cut 1 pound of body fat per week without sacrificing muscle mass (the exception being if you’re already very lean – think under 10% body fat).

When it comes to deciding whether to bulk or cut, this fact is important because it allows you to set realistic expectations. If you have a vacation to the beach coming up in a month or two, then cutting will make the biggest difference in terms of how ‘good’ you look between now and then. If you have nothing important coming up, then spending some solid time on a long bulk might be the more viable option.

I know this can be demoralizing if you’re seeking instant results. But take a moment to realize, if you can stick it out and commit to cutting or bulking for several months at a time, your patience will be handsomely rewarded.

One of the key factors that goes into how much muscle mass your body can synthesize is your level of testosterone. This is why testosterone is a commonly used drug by professional bodybuilders who want to pack on mass.

What this means when it comes to your decision of bulking or cutting is that you should err on the side of bulking if you’re still in your twenties. At this time, you’re in the golden age of being able to build muscle and you should take advantage of it.

Muscle that you build during your twenties will be easier to maintain as you age. However, if you elect to cut throughout your twenties and then decide you want to bulk later in life, you will be limited by your declining testosterone levels. So, again, take advantage of these prosperous years – you’ll have plenty of time to cut down and get shredded later in life.

#3: It Pays to Understand Your Motivations

When it comes to making big decisions in life, whether it’s deciding to cut or bulk, deciding to take job A or job B, or deciding to stay put or move to a new city – it always pays off to question your motivations for pursuing either option.

And don’t just stop at your first answer. Maybe you said, “I want to cut because I want to lose my stomach fat.” Go one level deeper. Why do you want to lose your gut? Maybe your answer is, “Because I want to be flattered when I look in the mirror.” Cool, but still: go deeper! Why? Maybe your next answer is, “Because my dad was always overweight and now he’s overridden with constant health problems that are killing his quality of life and threatening his life-expectancy.”

Boom! There you go. Now that’s a pretty big reason to cut and stay lean. Not only is it most likely the right decision to make, but now that you realize why you want to do it, you’re far more likely to remain accountable to yourself and stick with it, rather that questioning your decision and changing your mind after a few weeks.

#4: Others Can Give You an Unbiased Opinion

So maybe you performed the exercise above and you’re still not sure! Well, first of all I’d urge you to go back and try again, because knowing why you want to do something is huge. But okay, I get it. This is when it’s time to call in for some outside help.

We tend to be very poor judges of ourselves. We simply are too emotionally invested in our own lives to make level-headed decisions much of the time. This is why you should take the time to ask someone you respect whether they think you should bulk or cut.

It might seem silly. But explain to them that it’s important to you and that you really value their opinion. It doesn’t need to be a gym rat or a bodybuilder. Just someone whose judgment you respect. Explain to them why you want to pursue both options and then see what they say.

Give their opinion an honest listen. Don’t jump to conclusions. But also be perceptive to how you react. If they tell you to bulk and you immediately start to defend why you think you should cut, then take notice. That just might be your gut telling you what to do.

The one thing we haven’t considered yet is deciding not to bulk AND not to cut. This is a viable third option. It’s known as recompositioning and the goal is to build muscle and burn fat simultaneously.

The main drawback to the recomposition is that it takes longer to build muscle and burn fat than if you chose a dedicated bulk or cut – but it does work. One big upside of this option is that you don’t have to commit to a long period of eating a relatively low (or high) calorie diet. The other major upside is that it may be considerably better for your mental health.

You see, when you get into the cycle of bulking and cutting it can be extremely addicting. And it can often lead people into developing body image disorders where they always want to be bigger and leaner, and they’re never satisfied with their physique. This is a real danger. It can eat away at your self-esteem and even lead you to developing eating disorders.

If you’re in a place where you’re unsure of whether you want to bulk or cut, chances are that you comfortable with your body. You might not be as big and as lean as you want, but you’re also not uncomfortable with your body fat percentage or your level of muscle mass. This presents the opportunity to eat however you feel like eating on any given day, stop obsessing over bulking and cutting, and just enjoying the thrill of an intense workout at the gym.

Remember, there is no right choice. Just be sure to make an educated, level-headed decision whichever way you go.